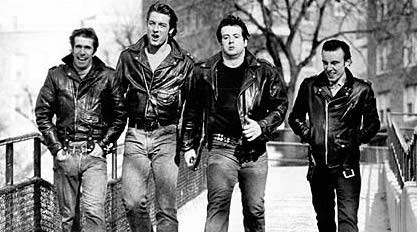 Classes of the Class of 70

In high school, there evolved several distinct types of kids that made up the student body; some were far from being students, others just known for their body. There were Hippies & Greasers, Jocks & Geeks*, Academics & Creatives, Good Girls & Bad Girls, (and of course, the girl who allegedly did the entire football team at the side of the school). 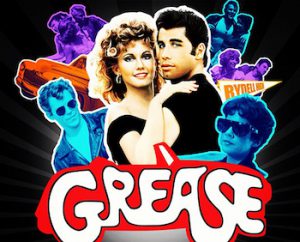 As the 60’s progressed, a number of kids started to let their hair grow in direct proportion to the length that George Harrison grew his. As a reaction to this revolution, another group emerged that was very hostile towards these new hippies that had sprung up like flowers all over the campus. They were throwbacks to the 50’s, and were commonly known as the greasers.

Greasers wore that name with pride. And it suited them well. These were the badasses that wore leather jackets, combed an excessive amount of grease through their hair, had oily skin, and worked on their cars till their clothes were covered in grease as well. One did not have to be looking for trouble to find themselves the target of a greaser.

The hippies were easy targets because they, too, were easy to pick out of a crowd. Long hair, bell bottoms, paisley shirts & striped pants (or any number of mismatched attire combinations); nevertheless, always quite colorful. They were pretty much just asking for it. I was in this group. Young, dumb, thinking we would change the world for the better for the generations to come. Some of us are still trying to do that. Others went on to make things worse. But I’m not getting into that here. There are more than enough political websites and blogs for that.

That’s me in the front with the dark curly hair, glasses and scarf.

Greaser: Hey faggot.
Hippie: (Doesn’t respond. Just tries to act like he didn’t hear)
Greaser: Hey! Are you a faggot?! Hey motherfucker, I’m talking to you.
Hippie: No (makes the mistake of turning around)
Greaser: What are you looking at?
Hippie: Nothing
Greaser: Are you saying’ I’m nothing?
Hippie: I didn’t say that
Greaser: Now you’re calling me a liar. I’ll see you after school, faggot.

See how that works? No matter what you said to a greaser, they would still invent an excuse to kick your ass. My high school was about 50% greasers. A lot of them had been expelled from a local parochial school for pissing off a nun, or any of a variety of other reasons such as possession of a deadly weapon, drugs, alcohol, substance abuse, vandalism, assault, or grand theft auto (of Sister Marie’s car). And the beat goes on.

I was ever so fortunate as to share homeroom with a sweet little group of them. They weren’t just any greasers. They were part of a local gang. I won’t mention the name. Let’s just say you messed with one, you messed with all of them. I messed with all of them. Just by wearing glasses and having a Jewfro (A Jewfro is like an Afro, except, being Jewish, my thick, black, kinky hair grew out like Jimi Hendrix’s hair). This did not bode well for me. Because in addition to hating hippies, greasers were not all that fond of Blacks and Jews, either. (Note to Millennials: Hah! And you thought Baby Boomers had it so good). 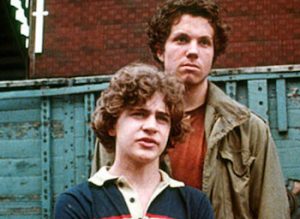 The reputed biggest and baddest kid in the school, also a member of the same gang, was in another homeroom (homerooms were assigned alphabetically, and his last name began with a different letter than mine). His name was Al – and he was in my Chemistry class! Why either of us were taking chemistry, I don’t remember. I just remember having a major inability to memorize the Valence chart or any idea how to apply it. I was actually repeating Chemistry in order to graduate. The very first time we were administered a test, Al took a seat next to me. He told me to keep my arm down so he could copy my answers. I was petrified. He thought that because I was this nerdy looking Jewish hippie kid with big hair and glasses, that meant I was some kind of genius. No, that just meant that I was a wannabe rock star. I immediately got hot under the collar and he could see the sweat streaming from my forehead to my neck as I explained that I had flunked chemistry and I would do better if I copied his answers. It suddenly dawned on him that I wasn’t kidding, and his look softened from hardass to compassionate. He actually took pity on me at that moment and after that class ended, he followed me out into the hallway and said, “Hey man, I understand some my boys are in your homeroom.”
I told him there were a few. He assured me that they wouldn’t be bothering me anymore. And magically, after that, the harassment stopped. In fact, during the course of the year, Al and some of the other greasers started growing their hair long and smoking weed. But it was the music that brought us all together on some level. I learned about Cream when I overheard one of the guys that had been tormenting me telling another one about this amazing album called Wheels of Fire. I went out and bought it the next day. And to this day, White Room is one of my favorite songs!

*Geeks were also called Eggheads. The term Nerds came along a little later.

Fill out the contact form on the upper right and we’ll keep you posted. Don’t worry about spam. You won’t get any unless you buy a can for yourself at the supermarket. I’ll only send out an occasional newsletter with items of interest. Please bookmark this page!

Were you a Hippie or a Greaser? A Jock or a Nerd? A Cheerleader? Were you in the Drama Club? High School Band? Introvert? Extravert? That Girl? Please leave a comment below!