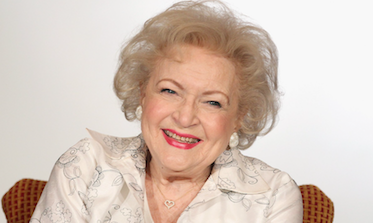 Recently, as the internet is wont to do, someone posted another Betty White is dead hoax on Facebook. I was so distraught upon reading the “news”, I almost reposted it without checking the validity of the story. Fortunately, I did check it out and was grateful to find that Betty is still with us. And more good news – Betty just celebrated her 95th birthday on January 17th, 2016. Happy Birthday, Betty!!

Well, hoax or not, it got me to reminiscing about Betty and her late husband, Allen Ludden. I grew up watching her compete on the TV show “Password” hosted by Allen. Even though I was just a little kid, I could sense the chemistry between those two love birds. Over time, my hunch about them proved that their love was a true love.

I remember reading a couple years ago in an interview with Ms. White, that after Allen Ludden died, she never remarried. He was her third husband and I guess as they say, three’s a charm. Betty appeared as a contestant on Password many times, with Allen as the talented and memorable host, always to the pleasure of the viewing audiences back in the 60’s. However, you may find the clip below to be thoroughly entertaining:

Allen and Betty on What's My Line

of the visually happy and jovial couple shortly after their marriage, when they signed in as mystery guests in June of 1963 on What’s My Line hosted by John Daly. You may want to jump ahead to the point where John introduces them at [15:25]

Allen Ludden was Betty’s 3rd husband. And to her chagrin, she turned down his first two proposals he consented to be his wife after a year. She has said that she regrets that year wasted not being married to him. Luddendied from stomach cancer in 1981 after 18 years of marriage. She has never remarried. He was the love of her life.