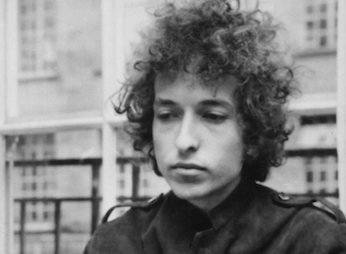 60s Music, entertainment, knockin on dylan's door, News, newsworthy, nostalgia, That Was Then

By now, everyone probably has heard that the Swedish Academy has awarded the Baby Boomer’s own inimitable poet laureate,  Bob Dylan, the Nobel Prize for Literature. A controversial decision on  some counts, but exciting news for the rest of us. But, the wayward bard-slash-balladeer hasn’t returned calls from the academy in acknowledgement. According to The Guardian:

The Swedish Academy says it has given up trying to reach Bob Dylan, days after it awarded him the Nobel prize in literature.

“Right now we are doing nothing. I have called and sent emails to his closest collaborator and received very friendly replies. For now, that is certainly enough,” the academy’s permanent secretary, Sara Danius, told state radio SR on Monday

We’re pretty sure Bob knows by now,  In fact, we know he knows, because according to an article in a later edition of The Guardian’s US edition online…

The simple words “winner of the Nobel prize in literature”, which appeared on the page for The Lyrics: 1961-2012, have now been removed. Bob Dylan, Nobel laureate, is once again plain Bob Dylan.

From: Bob Dylan removes mention of Nobel prize from website – The Guardian 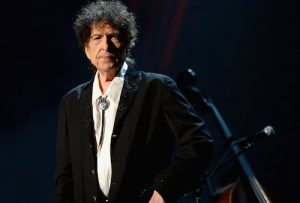 I guess  we shouldn’t be all that surprised. Dylan has always been somewhat elusive and unpredictable. Odds are, he’s pretty stoked about it, but if the rest of the world was stunned by the news, just think how Bob Dylan must be feeling. This isn’t an occasion for just blurting  something  out off the top of your head. He’s probably holed up in a little studio somewhere penning several verses about this monumentus occasion. And then at some point, maybe we’ll ll get to hear him read it. Or sing it.

Or maybe he’ll just go, “Nahhh” and tear the whole  thing up.

From the first song/poem he ever wrote, through all of the verses he’s written since, his books, his lyrics, his conversion from acoustic to electric,his religious conversion, one memory remains very clear to me:

It was 1967… Thanksgiving, I think. I was 15. After dinner, all of the relatives had moved into the living room. My two older cousins, Michael and Aaron – and I, unpacked our guitars and the three of us worked out harmonies to some Crosby, Stills, Nash and early Byrds. We amazed ourselves at how tight our harmonies were. Always thought how cool it would be had we ever formed a band, but I wasn’t even driving yet, and they lived in two different sections of the city miles apart, doing their own thing.

But no one could deny how exhilarating it felt; how amazing it sounded, when we broke into “Mr. Tambourine Man” by Mr. Dylan. I miss those days of big family get togethers. I don’t think there’s anyone left who even shares that memory. Haven’t seen one of those cousins, Michael, for years. No idea where he went. The other, Aaron, passed away from Kidney Disease. But I remember a discussion we had that night about Bob Dylan. I suggested that some day, when we’re much older, we could see him in a little club somewhere and perhaps meet him, long after the world stopped going to his concerts at huge stadiums. Michael and Aaron looked at me like I was crazy. “That won’t ever, happen”. He’ll be selling out arena’s when we’re in our 70’s”, Mike said. “Good call, Cuz”, says I.

Speaking  of calls… Hey Bob! Pick up the phone! 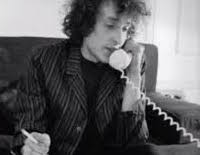 Well, it turns out that Bob Dylan had been screening his calls the entire time Sara Darius was trying to contact him. Seems that even Mr. Dylan gets a case of the "I'm-Not-Worthy Syndrome" and was simply too speechless to answer the phone. He was actually concerned about not saying something wrong and he felt he didn't have the right words for the occasion. So. he chose to just not answer the phone.

When they finally connected, Bob assures Sara that he was indeed, quite elated and assured her he was planning to accept the award in person and mumble a few words! I'm writing this in the most affectionate way. Once again - Congratulations on this prestigious occasion! 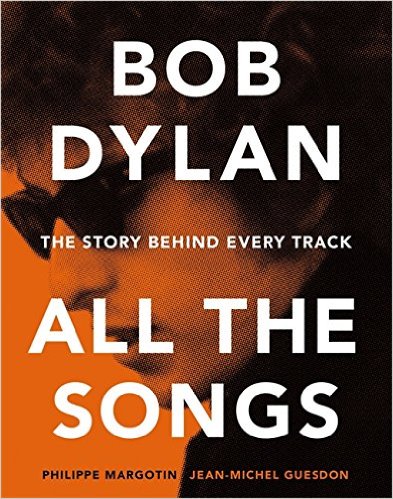 Bob Dylan - All The Songs
The story behind every recording session, album, and single released during Bob Dylan's illustrious, and Nobel Prize-winning-career.
I WANT THIS
Bob Dylan All the songs