celebrities, dead celebrities, in memorium, News, newsworthy, nostalgia, stars who died, That Was Then

Farewell to These Beloved Baby Boomers Who Died in 2018

5th – Captain John Young, 87 – Astronaut on the first manned Gemini flight in 1965 and five more missions including a 1972 walk on the moon

13th – Naomi Stevens, 92 – The actress who played Mrs. Dreyfus in the movie, “The Apartment” starring Jack Lemmon and Shirley McLane in1960

27th – Mort Walker, 94 The guy who created the Beetle Bailey (also Hi and Lois) comics in the Sunday papers

2nd – Dennis Edwards, 74 Lead singer for The Temptations died at Chicago Hospital, apparently due to complications from meningitis

9th – Reg E. Cathey, 59 yeqars young Payed Freddy Hayes in the Netflix hit show “House of Cards” and most recently his last role as Luke Cage’s Dad on the binge-worthy Luke Cage (also on Netflix). Cause of death – lung cancer.

12th – Louise Latham,95 –  Actress – Best known for her role as Bernice Edgar in the Alfred Hitchcock movie “Marnie” a 1964 release.

21th – Billy Graham, 99 – Minister and ubiquitousChristian TV  evangelist – His tv ministry was called the Billy Graham Crusades and aired from 1947 until 2005.  HE was also the spiritual adviser to every U.S. President from Harry Truman to Barack Obama!

1st – Bill Burkette, 75 – The guy with that rich baritone voice and lead singer of ‘The Vogues’, known for great songs such as “Turn Around, Look at Me” “You’re the One”, “Five O’Clock World”. Hes been long referred to as “Pittsburg Music Royalty”.

14th – Stephen Hawking, 76 – World reknowned physicist, Honorary Fellow of the Royal Society of Arts, lifetime member of the Pontifical Academy of Sciences, and a recipient of the Presidential Medal of Freedom . Cause of death: ALS

23th – Debbie Lee Carrington, 58 – known for her role as Little Bigfoot in Harry and the Hendersons

25th – Linda Brown, 76 – a Civil Rights figure and at the center of the 1954 Supreme Court case, Brown v. Board of Education, which outlawed segregation. 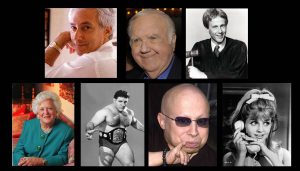 1st – Steven Bochco, 74 –  The prolific writer and producer of tv cop shows Hill Street Blues, L.A. Law, and his most recent and last masterpiece Murder in the First,  Cause of death: Leukemia

10th – Yvonne Staples, 80 – One of the Staples Singers, an iconic family gospel group, big since the 70’s with hits such as “I’ll Take You There” and “Let’s Do It Again”

11th – Mitzi Shore, 87 – Mother of Paulie Shore and “mother”, “grandmother” and “great grandmother” figure, she nurtured a few generations of upcoming, soon-to-be-famous and famous comics. The Showtime TV series partially based the character Goldie on Mitzi in “I’m Dying Up Here”. Her memory and impact lives on down here.

18th – Bruno Sammartino, 82 – The best WWF Pro Wrestler that ever lived (IMHO – hey, I can say that… My blog, my rules!)
Also known as “The Living Legend”, Sammartino held the WWWF World Heavyweight Championship title longer than anyone in the wrestling world. Ever! Cause of death: heart failure

21st – Verne Troyer, 49  Mini-Me from the Austin Powers trilogy  He stood only 2′ 8″ and was the worlds shortest actor – Suspected cause of death: alcohol poisoning

27th – Kristin Nelson, 72 – Wife of Ricky Nelson and regular on The Adventures of Ozzie and Harriet. Cause of death:  heart attack 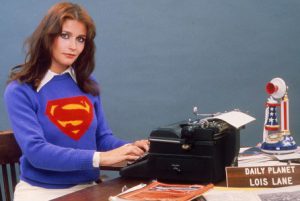 13th  Margot Kidder, 69 The tragic actress who portrayed Lois Lane in three Superman movies opposite Christopher Reeves. Also a tragic story.  The franchise was thought to be cursed for a very long time due to circumstances surrounding these movies.

14th Tom Wolfe,  88 – author and journalist – Author of The Right Stuff and Bonfire of the Vanities

6th– Jerry Maren, at 98 – the the last living munchkin from 1939 hit musical motion picture from MGM… The Wizard of Oz

8th – Anthony Bourdain, 61  Chef and man-of-the-world. Best known for his TV show, Anthony Bourdain: No Reservations, which aired form 2005 until 2012, when his sudden shocked the world.

21st – Charles Krauthammer, 68 – Author and columnist. A  Pulitzer Prize winning columnist for the Washington Post and several\ TV commentaries for Fox News. Cause of death: Cancer of the small intestine.

27th – Joe Jackson, 89   – Father/manager of the Jackson family and their beloved musical act, The Jackson Five. Cause of death: pancreatic cancer

2nd – Eugene Pitt, 80 – Legendary lead singer and founding member of The Jive Five. Best known for doo-wop hits “My True Story” and “What Time Is It?” Most recognizable tune is probably their famous theme song for Nickelodeon, the network for which they wrote jingles for 10 years. Read more… 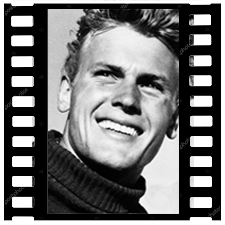 8th – Aretha Franklin, 76 – The Queen of Soul who topped the R&B charts during the 60’s and 70’s, and remained vital and relevant till into the twenty-teens. You could feel the disturbance in the force before it hit the news.

24th – Robin Leach, 76 – Best known as the host of Lifestyles of the Rich and Famous, a popular TV show from the mid 1980’s to mid 1990’s where Robin took us on tours of the palatial estates owned by well known and wealthy people. Currently hosting Heavenly Afterlives of Celebrities and Moguls. Nah, I just made that up. No idea if he even went to heaven.

26th Neil Simon 91, One of the most gifted and comedic playwrights of the 20th century. Best known for works such as Biloxi Blues, The Odd Couple, Barefoot in the Park, and Brighton Bech Memoirs.

If you feel have a memory of, or encounter with any of the celebrities who left us in 2018, please use the comment section below to share your stories.