Roku 3 Review – Roku Will Rock You! 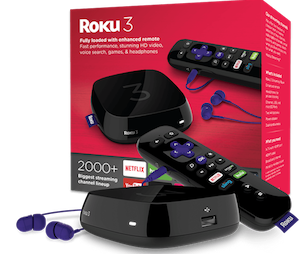 Streaming players like the Roku and Amazon Fire Sticks will change the way you watch TV and surf the net forever and for the better!

It started for me when I bought  my first Smart HDTV in 2011. It’s a Vizio with a  46” inch screen and the display at Costco said it could get Youtube, Netflix, Yahoo, Facebook, Vimeo and a bunch of other online streaming services. It was on sale at $150 off. I had some money saved up for a new TV so I went home and did some online research and learned that Vizio made great TVs, so it was a no brainier… I returned to Costco and grabbed it.

I cancelled my Comcast Plus and changed my service to internet only. Then I subscribed to Netflix and Hulu. Between those two streaming services, I pretty much never ran out of things to watch (unless you binge watch a show with 120 episodes, which I would suggest you discipline yourself NOT to do very often).

What’s this have to do with the Roku? Don’t worry, I’m getting to that…

But the best part for me was the prospect of being able to watch Youtube videos on a 46 inch screen. I was in Youtube heaven. I started watching tutorials, webinar replays, ukulele lessons, movies, life coaches like Anthony Robbins, and of course, all the crazy viral videos whenever I wanted a little  mindless entertainment. My home entertainment life was bliss for a few years until…

One day, Youtube stopped working. I thought it was just down temporarily, so I didn’t think anything of it. Over the course of a few months, I attempted several more times to sign  into Youtube, thinking maybe I just forgot the password or something, and finally, I used my laptop to find answers. Sure enough, there was a new update, and all I had to do was to figure out how to update the driver on my TV. However, more research revealed that any Vizio “smart” TV purchased before 2012 was no longer supported by Youtube.

What about the Roku? Funny you should ask. Here’s what happened…

When I went to upgrade my phone, a Galaxy S4 to an S6, I mentioned to the sales rep about my problem with the TV, and how pissed off it made me that Youtube no longer supported the older Vizio models. Most of us really can’t afford a new one and it’s unfair that they do things like that to force us into buying a new television every couple of years when the old one is working perfectly. That’s when he said, “Why don’t you get  a Roku?”

I immediately knew how  this would end. I had read about the Roku. It takes a regular “not so smart” TV with HDMI inputs and turns it into a smart TV. Since I already had a smart TV – with the exception of Youtube – I had never considered it. But  the Roku 3 was on sale and only a fraction of the cost of a new TV, so, I bought one. 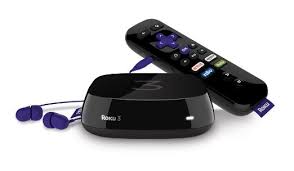 Roku 3 with remote and headphones

After plunging in my new Roku 3, it took my about 15 minutes to set it up and connect it wirelessly to my router, I was all set. Not only did I now have my Youtube back, it also was capable of getting Crackle! (another free online channel) and a few others including the latest news. In addition to the free channels, there are options for movies, HBO Go and, Hulu and Netflix. So if you still  don’t have a smart TV, but you have HDMI inputs, you’re in business,

But that isn’ the best part. You can wirelessly connect you iPhone or Android phone to your streaming player or stick. That’s right! During the period where I was without my Roku, I would occasionally plug my laptop in. I had purchased an adapter which allowed me to connect my laptop into the HDMI slot, but I really didn’t like doing it, because it was just a pain in the ass.

The is no longer necessary. If you have a current smart phone, you can use the smart connect setting to pair  it with your Roku or Amazon Firestick and mirror whatever is on your phone to the big screen. Your pictures, videos, emails, movies, webinars… whatever you see on your phone’s screen, you can now what from your couch or favorite chair.

Why Would I Want to View my Phone on my TV Screen? Well, here are just  a few reasons:

1. The posture that you put yourself in while viewing videos (or pretty much anything else) on your phone, is known as “text neck”. And it’s just plain bad for you. Even if you aren’t getting sore immediately, you can end up with some major problems down the road. Besides, being able to watch the content on you couch is way more comfortable in the first place!

2. If you walk around the house with your phone trying to watch a video, you’re bound to trip over something and injury yourself. Or worse.

3. The heartbreak of sore-eye-icis. That is… it’s just plain hard on your eyes. If you could suddenly see your phone screen on large HDTV, why the heck wouldn’t you?

4. Earbuds. The Roku remote control unit has an audio jack,so you can listen through a nice pair of headphones or earbuds. This is great for stereo sound on movies, or music videos. Or for watching late at night when the rest of the household is sleeping. Just another little added benefit.

My Advice… Don’t hesitate another second. You can have a “brand new” Smart TV starting at around 30 bucks. Do you have an older TV? Is your cable bill is cutting into your savings? Has your last night out on the town been a while… because you can’t even afford to watch a little TV when you’re home? Then it’s time for a game changer. Turn your older set into a Smart HDTV and lose those chains to your cable box!

Here are some more streaming player options from Amazon.com NOTE… Amazon Fire TV is on sale right now for $84.99

Don’t just take my word for it. Watch this killer Roku 3 review on Youtube