Stuff for Baby Boomers > in memorium > In Memorium

Singing This Song For You, Leon Russell
RIP Leon

Robert Vaughn Dead at 83
The Man  From Uncle Lives On

A Eulogy For Leonard Cohen
https://stuffforbabyboomers.com/a-eulogy-for-leonard-cohen

Elie Wiesel was more than just

a Holocaust survivor. He was a life-long activist who valiantly stood up to bigotry hatred world wide. He died at the age of 87 on July 2nd, 2016 Rest in peace, sir. Hopefully, many others will come along to continue your fight and your legacy.

What’s In Your DriveWay?
Sports Cars and Baby Boomers – mmm not so much these days

Nostalgia
Orange Dinosaur Back From Extinction

OLDCHELLA?! Ouch!  McCartney, Jagger, Dylan, The Who & Neil Young Together!

Tony The Tiger is back. Grrrreat News?

Kacey Jones, a comedic singer-songwriter with several hits on the country and comedy charts, has died at the age of 66 after a valiant battle with cancer.

Streaming players that make you as smart as your TV

Dr, Robert Naseef talks about life as the father of an autistic adult.

Part 8 of My Great American Journey

As any reader of TIME Magazine know, one of the best and unbiased source for news is TIME Magazine and it’s one of  the go to sources for political content. This latest issue (July 11th – 18th) touts on  its cover that it is 99% POLITICS FREE. Truth be told, it’s more like 80%.  Nevertheless, there are a lot of gems in this issue. It includes 240 REASONS To  CELEBRATE AMERICA with contributions by Hank Aaron, Paul Simon,Ken Burns, T. Boone Pickens, Dolly Parton, Garrison Keillor and may others. Pick up a copy at a news stand today!

A Prairie Home Companion –
For Garrison Keillor’s 40-Year-Old Detour, The Road is Ending

Scotty Moore, the original guitarist in Elvis Presely’s band has died. According to the BBC News, he had been reportedly in poor health for several months. Read more on the BBC website.

A court has found that Led Zeppelin did NOT steal the intro to “Stairway To Heaven” from the band, Spirit. This is a great relief to Led Zeppelin and their fans around the world. For Spirit and their fans – not so much. However, fans of both camps know that in all likelihood, Jimmy DID nick the lick, because the two bands toured together all those years ago and how could that intro not  become an ear-worm for Jimmy? That said, the rest of the song kicks ass and has nothing in common with the song Taurus. It would have become a classic anyway. I mean come on… we’re talking about LED ZEPPELIN!

REVIEW: Good Times ! by The Monkees, the new album commemorating their 50th anniversary! 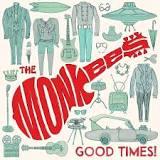