A Eulogy for Leonard Cohen 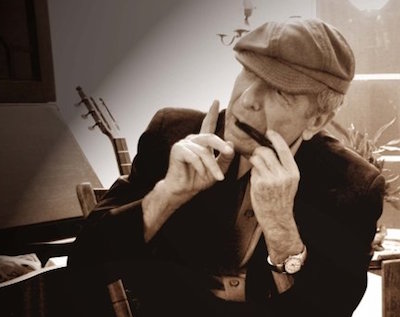 60s Music, class of 70, entertainment, newsworthy, nostalgia, That Was Then 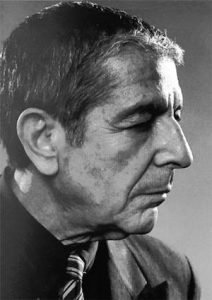 In Nowhere, Tennessee, there dwells an old medicine woman named Pipsissewa. Actually, her name back when I knew here in Philadelphia, when we were both teenagers, is, Lisa. Today, she is an authentic herbalist and a retired nurse.

I met Lisa during the late 60’s when we were both just out of high school. It was the summer of love and she worked for Fotomat, in one of those drive-by booths where people would drop off their rolls of film to be developed. Remember film? When you would take pictures with a little brownie camera and have no idea what would develop until the day you picked up your little pack of pictures? Yeah. That really happened. Try explaining that to your grandkids!

I worked in a little convenience store in the same little mini mall, so I would go hang out at her booth with her whenever I had a break. Turns out she was a folksinger and played a nylon string guitar. She had a very pretty voice and she knew how to fingerpick. 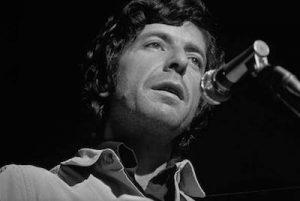 One of my favorite songs that she used to perform was “Suzanne” by Leonard Cohen. Yes, Lisa introduced me to Leonard, and because we shared the same last name, I felt like I was in his shadow from that moment on. Because when Lisa sang Suzanne, she could somehow channel him. I felt that song in the marrow of my bones and it always felt like it was him singing the song through her. And SHE was Suzanne. Songwriting just doesn’t get any more powerful than this.

Over the years, I only followed Leonard’s career peripherally. He was always just outside me sphere of consciousness, That is until a few years ago when I heard perform I’m Your Man on NPR radio station WXPN.

I was driving and I had to pull over. Hearing it for the first time was overwhelming. His voice had matured to an over-ripened rasp that accentuated his age and ageless soul. Something about those lyrics and that voice. Let’s face it, vocally , he is on the opposite end of the spectrum from Adele. But though he may not have an angelic voice, he makes up in raw emotion.  Leonard  never had much of a range either. Not a belter, or a shrieker. He was Leonard Cohen.

About Leonard -In His Own Words:

Anyway, I digress. I meant to tell you about how Lisa taught me how to fingerpick. And I learned to play Suzanne. But, I sucked. So I just stuck to the acoustic pop stuff that suited my style and left the cool folky stuff to Lisa…Suzanne by Leonard Cohen, Both Sides Now by  Joni Mitchell and Four and Twenty by Stephen Stills.

And that’s my eulogy, folks. The mere mention of the name Leonard Cohen brings me back to that time in my life when the world of music was vivid, and great, and explosive. He was a part of my sexual, sensual and sensory awakening. Thank you for letting me share.

Leonards parting gift to the world… his amazing final album, You Want It Darker

You Want It Darker 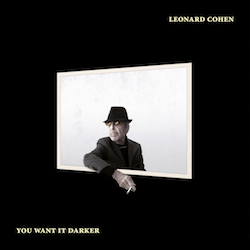